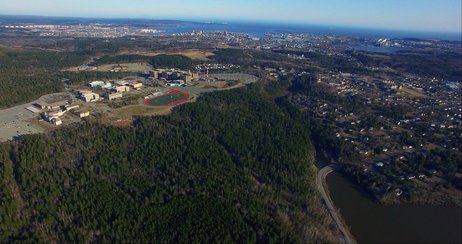 The MADSAM Sturgeon Eco-physiology Laboratory (UNB Saint John) involves researchers who share a common interest in understanding the biology, behaviour and physiology of east-coast sturgeon species.  Since 1998, our lab has been working on Shortnose and Atlantic Sturgeon research projects that have focused on swimming metabolism as well as salinity, temperature and hypoxia tolerance.  Our overall goal is to understand energy expenditure and metabolic needs for these species in dynamic environments.
publication link google scholar 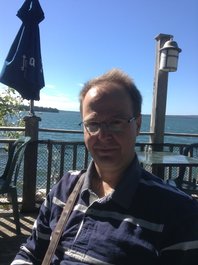 ​Dr. Jim Kieffer joined the University of New  Brunswick in 1996 as an assistant professor.  Prior to his arrival at UNB, Kieffer  was a research post-doctoral fellow at McMaster University (Chris Wood), where he worked on metabolic fuel use patterns in rainbow trout and tilapia.  Kieffer obtained his undergraduate (1988 and 1989) at U of Ottawa, and Master’s (1991) and Ph.D.  (1995) degrees at Queen’s University (Canada).  His Ph.D. focused on the effects of body size and temperature on the  physiological response to exercise in trout and bass. ​Kieffer’s work also focused on the biological effects of catch and  release angling. This work has taken him to Atlantic Canada, and to lakes within Ontario and Quebec.    His current research is entirely devoted to Shortnose and Atlantic  sturgeons.  He and his students work on aspects of thermal and salinity tolerance, exercise, metabolism and stress in sturgeon.  ​Kieffer has published extensively on the effects of  temperature on physiology and swimming in sturgeon. He and his collaborators have given over 100  presentations at conferences around the world on topics related to temperature,  exercise, and metabolism in fish. He has served as a regular peer reviewer for several  journals, Fish Biology, Journal Applied  Ichthyology,Comparative  Biochemistry and Physiology, JEB and Canadian Journal of Zoology.
His research is funded by NSERC, NBIF and UNB.
Powered by